Temperature extremes pose risks to human health, infrastructure and the biophysical environment. Climate change is expected to cause changes to extreme temperatures across Canada, including a reduction in cold extremes and an increase in hot extremes. This thesis examines four topics related to the study of temperature extremes across Canada: the impact of missing data on calculated monthly average temperatures, and whether so-called “rules-of-thumb” are effective for reducing calculation errors (Chapter 2); the use of quantitative description to classify urban and rural stations for urban heat island analysis (Chapter 3); the relative frequency of very cold winters in Toronto, Ontario, over three partially-overlapping time periods, using winters 2013/14 and 2014/15 as cases (Chapter 4); and, finally, a Canada-wide assessment of trends (1991–2020) in multi-day extreme temperature events, including comparative assessment of two climatological observing windows, and multiple thresholds to define extreme temperatures. The results of this research are summarized as follows: Chapter 2 will demonstrate that each missing value from a given year–month (for up to 19 missing values) causes an incremental error of between 0.008 and 0.018 standard deviations in the calculation of the true monthly mean temperature. For consecutive missing values, a statistically significant relationship exists between the lag-1 autocorrelation for the year–month, and the magnitude of the error in the calculated mean. Chapter 3, demonstrates that ∆DTD (the difference between the day-to-day variation in temperature maxima and the day-to-day variation in temperature minima) is a useful tool for quantitative selection of a rural station in an urban–rural station pair. Trends in ∆DTD may help to “fingerprint” the intensification of urbanization, such as the urbanization around Toronto Pearson International Airport between 1971 and 2000. Chapter 4 demonstrates that “extremely” cold winters are less extreme when studied over a longer period. These cold winter seasons were explained by prolonged cold snaps due to the relative stable position of the jet stream to the south of Toronto. Chapter 5, introduces the Local Relative Extreme Temperature (LRET) thresholds to describe multi-day periods of temperatures that are extreme relative to the historical distribution of temperatures for a given station. While there are few notable trends in the characteristics of fixed-threshold heat waves and cold snaps, increases in LRET heat waves at stations along Canada’s three coasts, and decreases in wintertime LRET cold snaps at stations in Atlantic Canada are described. A co-occurrence matrix provides evidence that large-scale synoptic events control exceedances of relative temperature extremes across large areas of Canada. The fixed climatological observing window (that ends at 06:00 UTC) that is used to generate daily data for Canada is less performant for the identification of extreme cold and extreme heat than is a climatological observing window based on radiative energy. This thesis proposes LRET temperature thresholds as an important tool for the detection of changes in the frequency of relative extreme temperatures that may pose risks to locally adapted species or activities, and suggests avenues for further development of this metric. 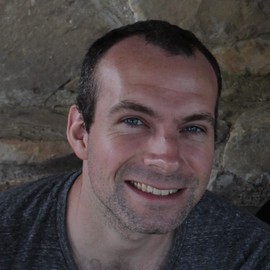 Conor is a recent PhD graduate from the Department of Physical and Environmental Sciences at the University of Toronto Scarborough (UTSC).